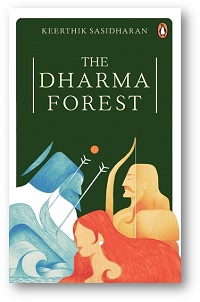 Praise for the book

‘In The Dharma Forest, Keerthik Sasidharan tells a luminous narrative of the final days of the Kurukshetra War. Brilliantly evoked in fluid and elegant prose, the familiar story of the Mahabharata here reads like a great war novel, filled with magical stories, suffused with the qualms and complexities of human beings alongside the divine wisdom of the gods. Powerful and bewitching, beautifully-written and profoundly steeped in the lore of the ancients, The Dharma Forest moved me deeply.’

‘In densely wooded prose, this novel leads us into the thickets of an ancient human story of love and catastrophe, where moral ambiguity, psychological complexity and soul-darkness spin on the edge of sudden illumination. A remarkable debut that combines imaginative heft with luminous insight.’

‘The Mahabharata itself is Dharmaranya, as individuals wander around in a mysterious forest, searching for their meaning of dharma.  In the first book of a trilogy, with a conversation between Jara and Krishna as the mooring, Keerthik Sasidharan weaves a fascinating tapestry, with Bhisma, Draupadi and Arjuna as warp and woof.’

‘I was charmed by this sparkling, imaginative feast of a mythological novel set in the last days of the great war in the Mahabharata. An inspired debut!’

Keerthik Sasidharan works at an investment bank and writes columns for The Hindu and OPEN. 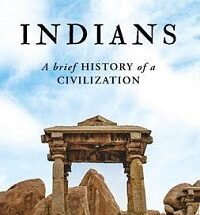 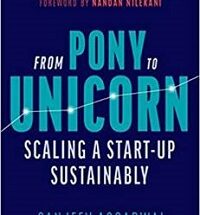 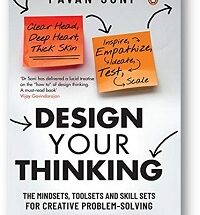