Penguin Random House India announces the acquisition and publication of a collection of poetry by Indian activist, poet, teacher and writer Varavara Rao. Titled Varavara Rao: India’s Revolutionary Poet, this book is being edited by N. Venugopal and Meena Kandasamy. It will be published under Penguin’s Vintage imprint and released in 2021.

Varavara Rao is one of India’s foremost revolutionary poets, and this book will be a commemoration of his immense talent and passion for poetry. His body of work is recognized as one of the strongest documents and critiques of Indian history since independence, and this collection of poems, translated into English, will be a record of his political beliefs and his assertion of the primacy of people’s rights. Rao is currently incarcerated in the Bhima Koregaon case. About two-thirds of the poems featured here were picked by the poet himself before his arrest.

Commenting on the book, N. Venugopal, who is one of the editors and the nephew of the poet, says, ‘This is like fulfilment of a long-cherished dream, as making Varavara Rao’s work accessible to English readers has been my dream for decade. As a person who has closely watched the making of his poems, as one of the first readers in manuscript form, I believe his poetry is an expression of his complete personality that blended social history, alternative people’s politics, people’s right to self-determination and unceasing urge for freedom. I am overwhelmed at this volume in English, and I thank Penguin Random House India, and particularly editor Elizabeth Kuruvilla, for taking up this wonderful project.’

Varavara Rao: India’s Revolutionary Poet is a book of firsts—this is the first time an authentic, representative collection of Rao’s poems is coming out in a single volume and the first time for some of Rao’s poems to be translated into English, exclusively for this edition. Editors N. Venugopal and Meena Kandasamy are working through various translations of the poems done over the course of six decades.

Meena Kandasamy says, ‘I am fascinated and incredibly excited to be taking on this enormous task of co-editing an anthology of writings by Varavara Rao. I remember looking at his name as a teenager in the newspapers of the day—a fierce and uncompromising poet. In my imagination, he was an icon, the very image of a rebel poet. Never did I imagine that I would one day have this rare honour of working so closely with his words, especially alongside my generous and brilliant co-editor, Venugopal. I am delighted that Penguin Random House India has decided to publish this anthology of his poetry, pooling his lifetime’s work into a comprehensive selection.’

Varavara Rao is a teacher, journalist, translator, public speaker, revolutionary writer, organization builder and has been a steadfast supporter of Naxalbari politics for five decades. But more than anything else, he is a revolutionary poet. He is the author of thirteen collections of poetry and sixteen books of prose (including seven books of literary criticism), all in Telugu. A collection of his letters from prison, Captive Imagination, was published by Penguin.

Elizabeth Kuruvilla, executive editor, Ebury Publishing & Vintage, Penguin Random House India, who commissioned the book, says, ‘The image of Varavara Rao, smiling and fist raised, as he was taken into custody is imprinted on our minds. He exuded an aura of optimism, fortitude and strength. Who is Varavara Rao? What does he stand for? Where better to turn for answers than to his own words, the poems that convey with such extraordinary power his emotions, his thoughts and purpose. Editors Meena Kandasamy and N. Venugopal are giving life and shape to this attempt to bring Varavara Rao and his work to readers in English. This is a collection that promises to stir emotions.’

Commenting on the publication of such a unique collection, Milee Ashwarya, publisher, Ebury Publishing & Vintage, Penguin Random House India, says,‘Varavara Rao has been a symbol of gentle and graceful defiance. His fiery words and innate strength give hope to others to stay strong and follow what they believe in amidst challenging times. I am delighted that Varavara Rao’a poems will be available in English for a wider audience, and I congratulate the editors to have made it possible.

N. Venugopal has been a poet, literary critic, journalist, public speaker and translator for the last four decades with about twenty-five books in Telugu and as many in translation from English to Telugu to his credit. He was in mainstream journalism for more than twenty years and has been running his own little magazine, Veekshanam, a monthly journal of political economy and society, for the last sixteen years.

Meena Kandasamy is a poet, translator and novelist who divides her time between London and Tamil Nadu. She’s published two collections of poetry, Touch and Ms Militancy, and three novels, The Gypsy Goddess, When I Hit You, and Exquisite Cadavers. She’s worked on poetry translations of Tamil feminist poets for Titled Axis (UK), female guerrilla poets for Guernica (US) and Tamil Dalit poets for Muse India. 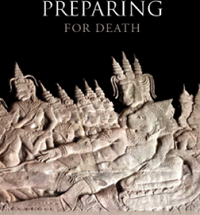 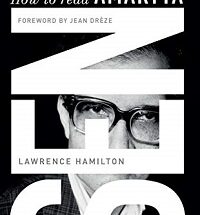