On Sunday, at the concluding ceremony of the 11th edition and the first all-virtual edition of TATA Literature Live! The Mumbai Litfest, Penguin Random House India bagged the coveted position of Publisher of the year. This is the second year in a row that India’s largest English trade publishing house has been awarded this honour. It also won this award in 2017.

This year, there were five titles by Penguin Random House India in the shortlist across four categories of TATA Literature Live! Awards. The publishing house won in two – First Book of the Year (Fiction)- Deepa Anappara’s Djinn Patrol on the Purple Line and First Book of the Year (Non-Fiction) with Taran Khan’s Shadow City. Excellence Has No Borders by B S Ajaikumar received a special mention in the Business Book of the Year category. In addition to these title wins, Penguin author and legendary storyteller, Ruskin Bond, was conferred with the TATA Literature Live! Lifetime Achievement Award that celebrates remarkable contributions to the Indian literary landscape.

Gaurav Shrinagesh, CEO, Penguin Random House India and SEA, says, ‘We are honored to be recognized as the Publisher of the Year at TATA Literature Live! second time in a row. Tata Literature Live! is one of the most respected literary events and for them to choose us again is a great achievement and a testament to the authors and books we publish.’ 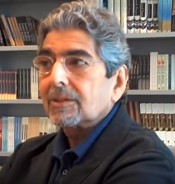 Sonny Mehta the Legendary Editor and Publisher Passes Away