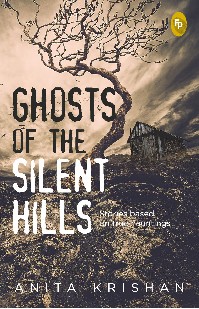 A sudden angry cry resonated through the empty corridor of the hospital and reached the nurses’ station of the floor. Two young nurses on night duty stared at each other with fear-filled eyes. Sister Nirmala, the matron on duty that night was in the room behind the nurses’ station when she heard it too. She came running to check. “Somebody’s in distress. Why are you two still glued to your seats?” she reprimanded them.

Usha, the older of the two nurses, spoke hesitatingly, “Ma’am, this isn’t the first time. It’s been happening for the past few months. The screams—sometimes angry howls—come from room twentythree. Many have heard them.”

Room twenty-three was the last, dark, dingy room of the private ward situated on the first floor of the hospital. An equally dark narrow corridor lined with white, bare walls led to the room.

“Yes, Ma’am. That’s true,” Julian, the other nurse said. “And they are heard particularly when the room is vacant. Today too, there’s no patient in that room.”

“What rubbish!” Sister Nirmala frowned. “Come with me. Let’s go and check.” She boldly strode towards room twenty-three, expecting the nurses to follow her.

She stood outside the room. The door was partly open. It should have been locked when not in use. How careless of the staff. At that instant she heard a growling sound. Momentarily, she was unnerved. Then, gathering courage, she shoved open the door. Before entering the room, she looked back. There was no one behind her. The nurses hadn’t followed her command. They need pulling up, the disobedient lot. She gritted her teeth, wavered for a second, and then entered the room alone.

The room was dark and cold. It had a stale, festering stench of decay, unlike the other rooms that smelled fresh—of antiseptics and sanitizers. The curtains were not drawn. Faint moonlight seeped in through the bay window and that’s where her vision stopped—at the window. She became immobile. Someone stood there, watching her intently. Then the shadowy figure began to move towards her. There you are . . . at last,” she clearly heard a man’s voice. Instantly, she heard the door shut with a bang behind her. Nirmala stood rooted to the floor. Her vision had got adjusted to the darkness by now. The figure was approaching her, slowly, gradually. When it was barely five feet away, she recognized the face. A loud shriek escaped her throat and she rushed towards the door. It was tightly shut now. She pushed it. It was jammed, as if it hadn’t been opened for years. She banged it with her shivering fisted hands and shouted continuously.

Then, she felt two hands on the nape of her neck. The pressure on her neck slowly increased. She began to lose consciousness. Just then the door opened and two nurses along with a ward-boy stood outside, shaky and worried. She fell into their arms.

Born in Shimla in 1955, Anita Krishan spent the initial twenty-two years of her life in this pristine Himalayan town, earning her master’s degree in English literature from Himachal University, and moving on to a career of introducing delights of the language to her young learners. In her long tenure as an educator, she has enriched the lives of countless students with the mystery of the narrative. A versatile writer, each of her literary works appertains to a different genre . . . from the joys and travails of life, to terrorism that has brought the world to its tenterhooks, to now the paranormal. She has travelled extensively around the globe absorbing the diverse human ethos and cultures—the delectable food for her thoughts. Presently, she lives in Gurgaon with her family. 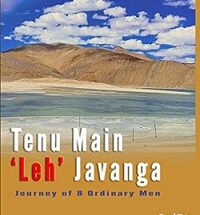 Guarded Journey from Srinagar to Kargil by Kamlesh Kaltari 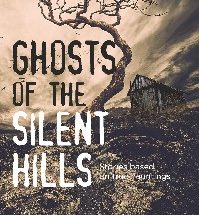 An Excerpt from Ghosts Of The Silent Hills by Anita Krishan 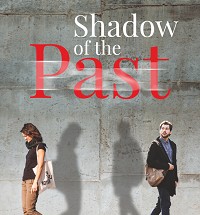 SHADOW OF THE PAST by Mayank Manohar