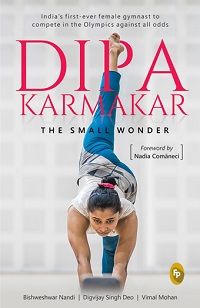 ‘DIPA IS A GAME CHANGER FOR INDIAN SPORT’

‘IT’S IMPORTANT THAT THESE STORIES ARE TOLD
AND DOCUMENTED TO CREATE MORE ICONS IN SPORT. DIPA IS AN INSPIRATION AND A TRAILBLAZER’

On August 14, 2016, a young girl landed the Produnova
that took her to the cusp of an Olympic medal. She stood fourth
yet soared into the hearts of millions across the globe.

Dipa Karmakar’s fourth-place finish at the Rio Olympic Games was a defining moment for Indian sport, which had barely cast a glance at the sport of gymnastics as a medal discipline till then. Dipa’s journey from Tripura, an oft-neglected sporting outpost, to the national consciousness and India’s highest sporting honour, the Rajiv Gandhi Khel Ratna Award, is one of grit, determination, and a stubbornness to beat the odds. 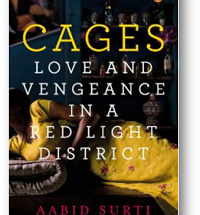 Cages: Love and Vengeance in a Red Light District by Aabid Surti 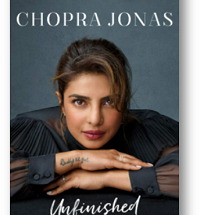 Unfinished: A Memoir by Priyanka Chopra 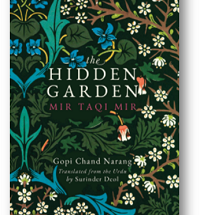